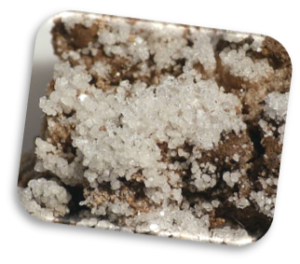 Salty liquorice candy and pastilles are almost always black or very dark brown and can range from soft candy to hard pastille variety, and sometimes hard brittle. The other colours used are white and variants of grey.

medicine, as it works as an expectorant. Finnish author Jukka Annala speculates that salty liquorice has its origins in pharmacy stores that manufactured their own cough medicine. Where and when ammonium chloride and liquorice were first combined to produce salty liquorice is unclear, but by the 1930s it was produced in Finland, Norway, Denmark, Sweden and the Netherlands as a pastille.[4]

Different languages often refer to salty liquorice as either “salmiak liquorice” (Swedish: Salmiaklakrits; Danish: Salmiaklakrids), or simply “salt liquorice” (Swedish: Saltlakrits; Danish: Saltlakrids). The Dutch refer to it as “Zoute Drop” or even a variety called “Dubbel Zoute Drop” (double salted liquorice). In Germany, they are commonly known as salt liquorice (Salzlakritz) candy and salmiak pastilles (Salmiakpastillen) or simply Salmiak, in contrast to sweet liquorice (Süßlakritz) candy. A traditional shape for salty liquorice pastilles is a black diamond-shaped lozenge. In Finnish it is known as salmiakki.

Today, this Dutch culinary icon is available in many textures, tastes, shapes, and sizes. You’ll find sweet and salty varieties, including the infamous dubbel zout, or “double salt”, which is only recommended for die-hard drop fans. There are also hard and soft versions of Dutch licorice: some people like to suck on their drop like a lozenge, others prefer a chewy candy. Common shapes include coins, shoelaces, cats, cars, pyramids, hearts, and herrings, to name only a few. Dutch licorice is often flavored with menthol, bay leaf, or honey. In fact, the bay leaf flavor is simply an enhancement of the flavoring the bay leaves give off during transportation. A variety of licorice with added ammonium chloride, known as salmiak, is also popular in the Netherlands. Newer additions to the Dutch licorice market include chocolate-covered soft-centered licorice balls, licorice-caramels, and licorice gumdrop / winegum hybrids. Global Reach Confections and More carry several different brands such as Venco, Red Band, Dutch Traditions, Haribo, Katja, Matthijs, Meenk, Klene, K&H, Kindly’s, De Bron, Wybert, Potters, Harlekyn, Lakritz, Fortuin, and many more!

A “Stroopie” or stroopwafel’s wafer layers are made from a stiff dough of flour, butter, brown sugar, yeast, milk, and eggs that has been pressed in a hot waffle iron until crisped. While still warm, the waffles have their edges removed with a cookie cutter, which allows the remaining disc to be easily separated into top and bottom wafers. A caramel filling made from syrup, brown sugar, butter, and cinnamon—also warm—is spread between the wafers before the waffle is reassembled. The caramel sets as it cools, thereby binding the waffle halves together. The Stroopie’s round shape is perfect for resting on the top of a tea or coffee mug absorbing the steam and creating a warm treat that’s a compliment to any hot beverage! 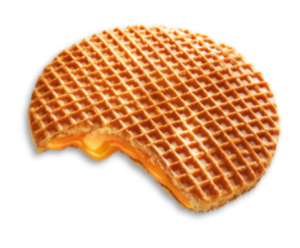 Stroopwafels were first made in Gouda either during the late 18th century or theearly 19th century by bakers repurposing scraps and crumbs by sweetening them with syrup. One story ascribes the invention of the stroopwafel to the baker Gerard Kamphuisen, which would date the first stroopwafels somewhere between 1810, the year he opened his bakery, and 1840, the year of the oldest known recipe for syrup waffles. Stroopwafels were not found outside Gouda until 1870, by which point the city was home to around 100 syrup-waffle bakers.

After 1870 stroopwafels began to appear in other cites, and in the 20th century, factory-made stroopwafels were introduced. By 1960, there were 17 factories in Gouda alone, of which four are still open. Today, Stroopwafels are sold at markets, by street vendors, and in supermarkets, and since 2016 United Airlines has been serving stroopwafels as a breakfast snack on its domestic flights. Global Reach Confections carry’s a variety of flavours, including Butter, Speculoos & Coffee Caramel.

Why are Dutch & Indonesian foods always linked, and what is a “Rijstafel”?

Meaning “rice table”, rijsttafel is a nearly unending parade of small plates all filled with different spicy-sticky-sweet Indonesian cuisine. All accompanied by rice, of course. The myriad of plates (typically in the dozens) are all laid out on the table at once in true feast fashion, and you simply help yourself to the selections as you wish. 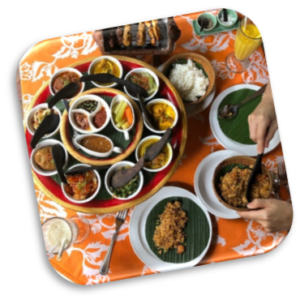 Rijsttafel comes from Indonesia, and the dishes served are authentically

Indonesian, but the concept of rijsttafel was certainly created by Dutch colonists living in Indonesia. Inspired by Nasi Padang, which is an Indonesian dish of rice surrounded by multiple meats and various vegetables in zesty sauces, the colonial Dutch created the massive feast we know today as rijsttafel as a way to sample as many different Indonesian dishes in one sitting as

Essentially, rijsttafel allowed the colonial Dutch people to sample regional dishes from as many of the far flung islands of Indonesia (there are thousands) as they possibly could in one meal. It was also a great way of impressing visitors and showing off the culinary wealth of their colonial empire. It took off in Amsterdam post-World War II when thousands of Indonesians migrated to the city; and since they knew the Dutch loved their rijsttafel, they set up the restaurants you see all over the city today.

What's the tradition behind the chocolate letter?

In the sixteenth and seventeenth centuries, pastry, not chocolate, letters were given as presents. 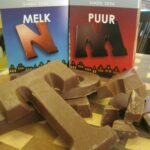 In the 19th century, parents / Sinterklaas hid the kids’ presents under blankets, and needed to identify which gift belonged to which child. They used the child’s initial in pastry placed on top so everyone know whose gift was underneath!

The Dutch abroad love chocolate letters….Canadians love their letters so much they import a million each year!

Speculaas are spiced shortcrust biscuit originated from the Netherlands.  There are different varieties in different parts of Europe: Dutch speculaas are more cake-like, Belgian speculaas are heavily spiced cookies. German speculaas are also cookie-like, but less spiced.  In order to make Speculaas, a mixture of spice called “speculaaskruiden” (speculaas spices) is required. Speculaaskruiden contain at least cinnamon, cloves, mace and ginger, and these spices to taste: pepper, cardamom, coriander, anise seeds and nutmeg; and those spices did not become commonly available until the 17th century. 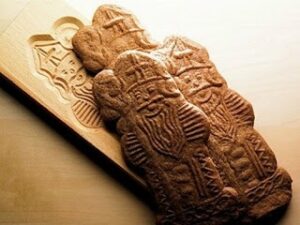 As a tradition on St. Nicholas Eve in the Netherlands and Belgium, children will put shoes by the chimney before going to bed, and well-behaved children are rewarded by speculaas cookies in their shoes. Today Speculaas are still essential to serve on the Feast of St. Nicholas but are also popular during the Christmas season.

"Hagelslag" and why Canadians can't say it

In the Netherlands, hagelslag refers to small pieces of confectionery, similar to sprinkles, which are used as a sandwich topping. Bread is first smeared with butter and then sprinkled with hagelslag. 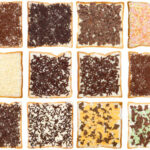 Hagelslag means “Hail Storm” and its very difficult to pronounce. The two “g’s” are not hard consonants, but rather the sound comes from the very back of the roof of the mouth. In the southern parts of the Netherlands and in northern Belgium they speak with a so-called ‘soft g‘, which sounds more like the letter “h” as used in Bosnian/Croatian/Serbian, or the “ch” sound in the German “ich”. Try it!

Do you have a question that isn’t answered here? Feel free to contact us anytime!